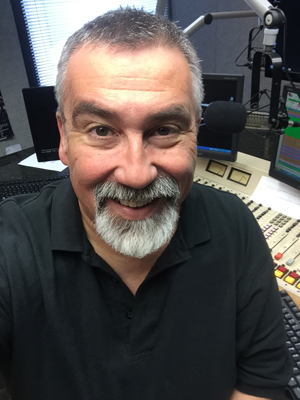 Born in England and half English and Burmese, Andy’s been in broadcasting for 30 years.  He doesn’t have the British accent; however when he cries, it sounds British.  He got started in radio when he was 10, in his room!  His parents didn’t buy him a transmitter, but they made sure Andy had a tape recorder and an AM/FM radio. With that radio, Andy would sit in his room late at night and make tapes and listen to faraway stations.  After nearly 50 jobs from the Film Industry to Nightclub Bouncer to Disneyland, he found his passion in radio. Andy is an Ultra Geek and loves technology and donuts. Who doesn’t love donuts?