Secretary of State Michael Watson has released a preview of what you can expect to see on the 2020 General Election ballot.

It is important to note there are three measures that appear on the ballot.Ý The first deals with medical marijuana.Ý The second measure deals with House Concurrent Resolution 47 which determines how statewide elected officials are selected.Ý The third gives you an opportunity to vote on whether or not you support the new state flag approved by the Mississippi Flag Commission last week. 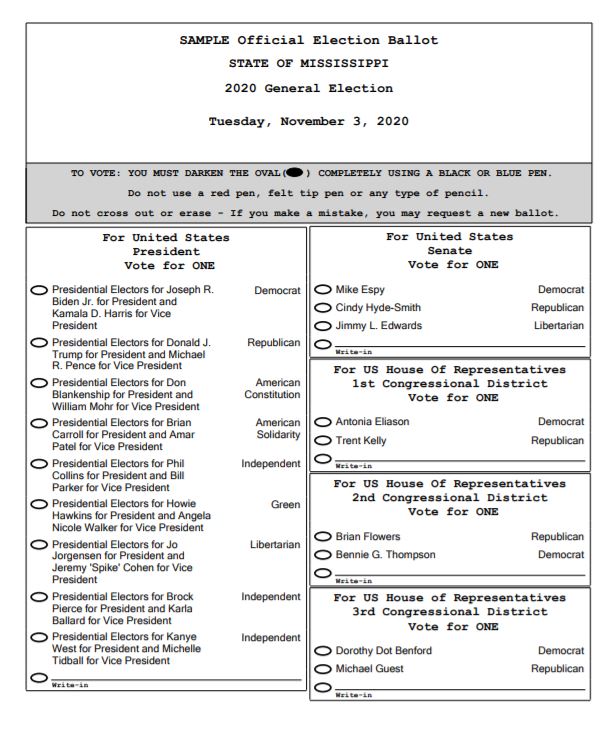