With Mississippi continuing to receive doses of the COVID-19 vaccine, Governor Tate Reeves and state health officials have announced an update to the state’s distribution plan.

Acknowledging that the rollout process across the country is taking longer than anyone would’ve liked, Governor Reeves explained that, starting next week, Mississippi will be expanding the list of those who can receive the vaccine.

A chart posted by the Department of Health further details the timeline for different priority groups to get their shots including teachers, first responders, grocery store workers, etc.

Today, the MSDH began operating several of its 18 drive-thru vaccination sites for healthcare workers. More of these sites are planned for the upcoming weeks and months ahead to aid in the distribution of the state’s allocation of the vaccine. Additionally, 174 private healthcare clinics have signed up to receive doses.

To date, 23,511 doses of the vaccine have been administered in Mississippi. For more information and to learn how to sign up for an appointment through the MSDH, click here.

During the briefing, it was reiterated that Mississippi is currently seeing its highest number of overall hospitalizations, patients in ICU and patients on ventilators at any point during the pandemic.

Because the nation remains in the early stages of the vaccine rollout, officials are continuing to urge you to take the proper precautions to reduce the risk of spreading or contracting the virus. These steps include social distancing, avoiding large gatherings and washing your hands often.

Earlier today, the MSDH’s report of 1,616 new cases of COVID-19 brought the state’s total up 223,677. With the confirmation of 13 additional deaths, 4,884 Mississippians have now passed away from the virus. 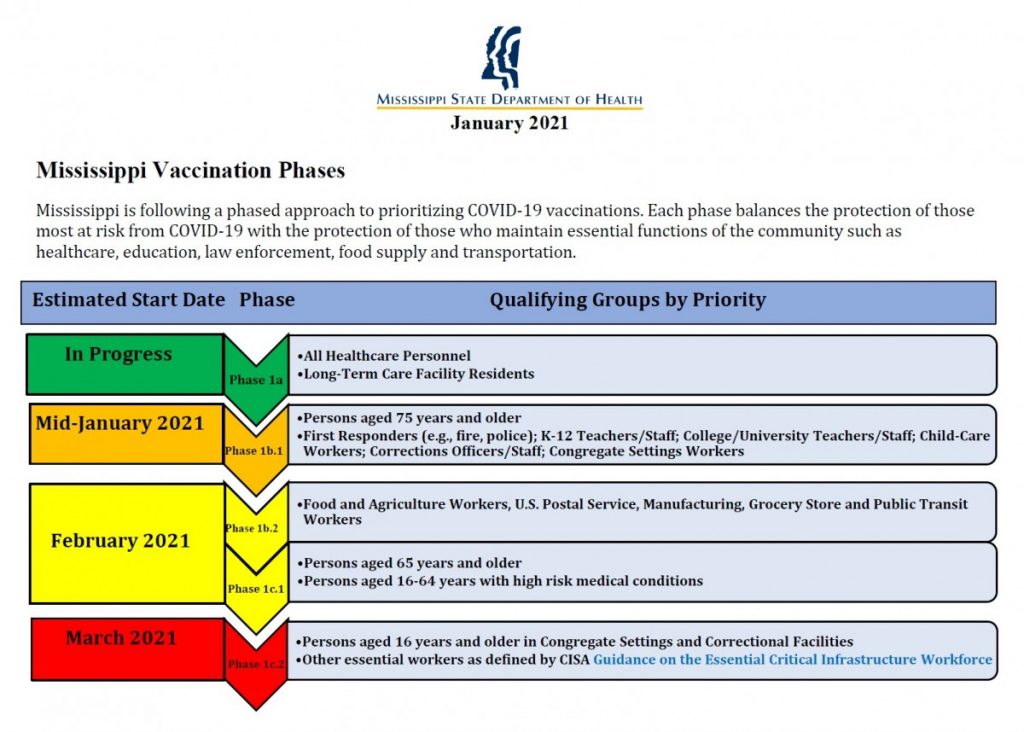