The Magnolia State’s own Marty Stuart is receiving one of country music’s most distinguished awards.

According to the CMA, historically, the new class of inductees is introduced at the Country Music Hall of Fame and Museum in Nashville. Due to the COVID-19 pandemic, CMA traveled Stuart to capture his reaction, and you can see it below.

Marty Stuart was only 13-years-old when he began performing with the great Lester Flatt and his amazing odyssey continues.  Marty has had quite a remarkable life and we’re proud to call him one of our own.

According to the CMA, it’s not just the hits that make a Hall of Famer, though Stuart has had his share — four Gold albums and six Top 10 singles during the 1990s, his commercial peak as a recording artist. By the time the first of those came his way, though, he was already nearly 20 years into “the life.”

On the day he was born — Sept. 30, 1958 — his mother gave him a middle name, the one by which he’d become known to Country Music fans far and wide, that came from one of her favorite Grand Ole Opry stars. She gave him his first guitar when he was 3-years-old, setting him on a path to become not only a musician and a singer but also a songwriter, a producer, an archivist, a photographer, a television host and a spokesman for the history and traditions of this music that he holds so dear.

Stuart began his professional career as a pre-teen, playing mandolin at revivals, festivals, and campaign rallies with the Sullivan Family Gospel Singers. He took a Greyhound bus to Nashville on Labor Day weekend in 1972, stepping out just around the corner from the Ryman Auditorium. He came at the invitation of Roland White, the mandolinist for Lester Flatt’s Nashville Grass. Within a week, Stuart, too, had joined Flatt’s band, playing guitar. He was 13-years-old.

He spent his teens with the Nashville Grass, until Flatt disbanded the group in 1978. He worked briefly with Vassar Clements and Doc Watson before landing a spot in Johnny Cash’s band. During his tenure with Cash, he toured and appeared on several of Cash’s albums. He brought Jimmy Webb’s song “Highwayman” to Cash, Waylon Jennings, Kris Kristofferson, and Willie Nelson.

Stuart left Cash in 1985 to focus on his solo career, though their friendship would continue for the rest of Cash’s life. Columbia Records released a self-titled album in 1986. The hits began when he switched to MCA Records in the late 1980s, as he perfected a style based on the visual and musical appeal of syndicated television shows like “The Porter Wagoner Show” and “The Wilburn Brothers Show” that he had watched as a child. He released seven MCA albums before returning to Columbia for one more in 2003, then forming his own Superlatone Records label.

He became a member of the Grand Ole Opry in 1992. There, he reconnected with his childhood celebrity crush, fellow Opry member Connie Smith, whom he had met when she played Mississippi’s Choctaw Indian Fair in July 1970. The 11-year-old future Hall of Famer took her picture that night and told his momma he was going to marry that girl. Twenty-seven years later to the month, he did. His wife preceded him into the Country Music Hall of Fame by eight years.

As a producer, Stuart has worked with several of his friends, mentors, and heroes, in addition to Cash. He co-produced his wife’s 1998 comeback album and produced another for her in 2011. He also produced Porter Wagoner’s final album, Wagonmaster.

Fittingly, many of his awards have come for his collaborative efforts with other musicians. Stuart has five Grammys, some of which he shares with Asleep at the Wheel, Earl Scruggs, and Travis Tritt. He and Tritt also won the CMA Award for Vocal Event of the Year in 1992 for “This One’s Gonna Hurt You (For a Long, Long Time).” He received a Lifetime Achievement Award for Performance at 2005’s Americana Music Honors and Awards.

He earned a Golden Globe nomination for the score he wrote for the 2000 feature film “All the Pretty Horses.” The Late Night Jam Stuart hosts at the Ryman Auditorium each June has become a highlight of CMA Fest. In 2002, the same year he started the Late Night Jam, he formed the Fabulous Superlatives, recognized as one of the tightest, most exciting — and best dressed — bands in the land. From 2008 to 2014, he hosted a show for RFD-TV in the vein of the old syndicated shows he used to watch with his father.

Stuart exemplifies the heart and soul of this culture and that ultimate destination is now within his reach. 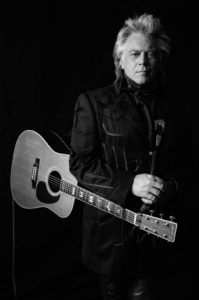