Reportedly, the incident took place at Region 8 Crisis Center on Highway 13 in Mendenhall. The Mississippi Bureau of Investigation has issued a BLUE ALERT to alert the public that an armed and dangerous suspect is believed to be in the Mississippi Highway 149  D’Lo area in Simpson County.

He is still on the run, but according to WLBT,  the Simpson County Sheriff’s Office has reported that they located the suspect’s flip flops and orange top this morning.

If anyone has information regarding the whereabouts of Blackwell,  contact the Mississippi Bureau of Investigation at  855-642-5378.

A $10,000 reward is being offered for information on Blackwell’s whereabouts.

This is a developing story.

Kelli Ponder Reynolds, who knew Deputy James Blair, shared the following on Facebook, about the life of the beloved Deputy:

The Man Behind The Badge: by Kelli Ponder Reynolds

James was one of the most selfless people I knew. At 77-years-old he was still working seven days a week to provide for six great-grandchildren he and his wife were raising…But no matter how busy his life was, he would NEVER hesitate to help a friend in need. He did so much for our family and countless others in the community.

??He would come and drink coffee with me, he was our wake up call 99.9% of most mornings, I can just hear him saying, “Ms. Kelli” .. He never failed to ask about Mamaw & Pawaw & this past Saturday when he & Paul Mullins came to help Gregory Reynolds on Maggie Wallace Seghini & Grayson Seghini house, he was picking with Maggie telling her we were not going to let her go back to Hawaii, that she needed to stay here.

He ALWAYS thought of others. We will miss him so much and our heart will always be broken for the senseless murder that happened today. Prayers for his precious wife, grand, and great grandchildren. Please also remember the Simpson County Sheriffs Office and all of his friends and family, there will never be another like him.

I took these pictures of him the first of May one morning when we were having coffee. I will treasure them forever. 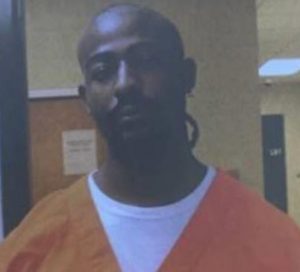